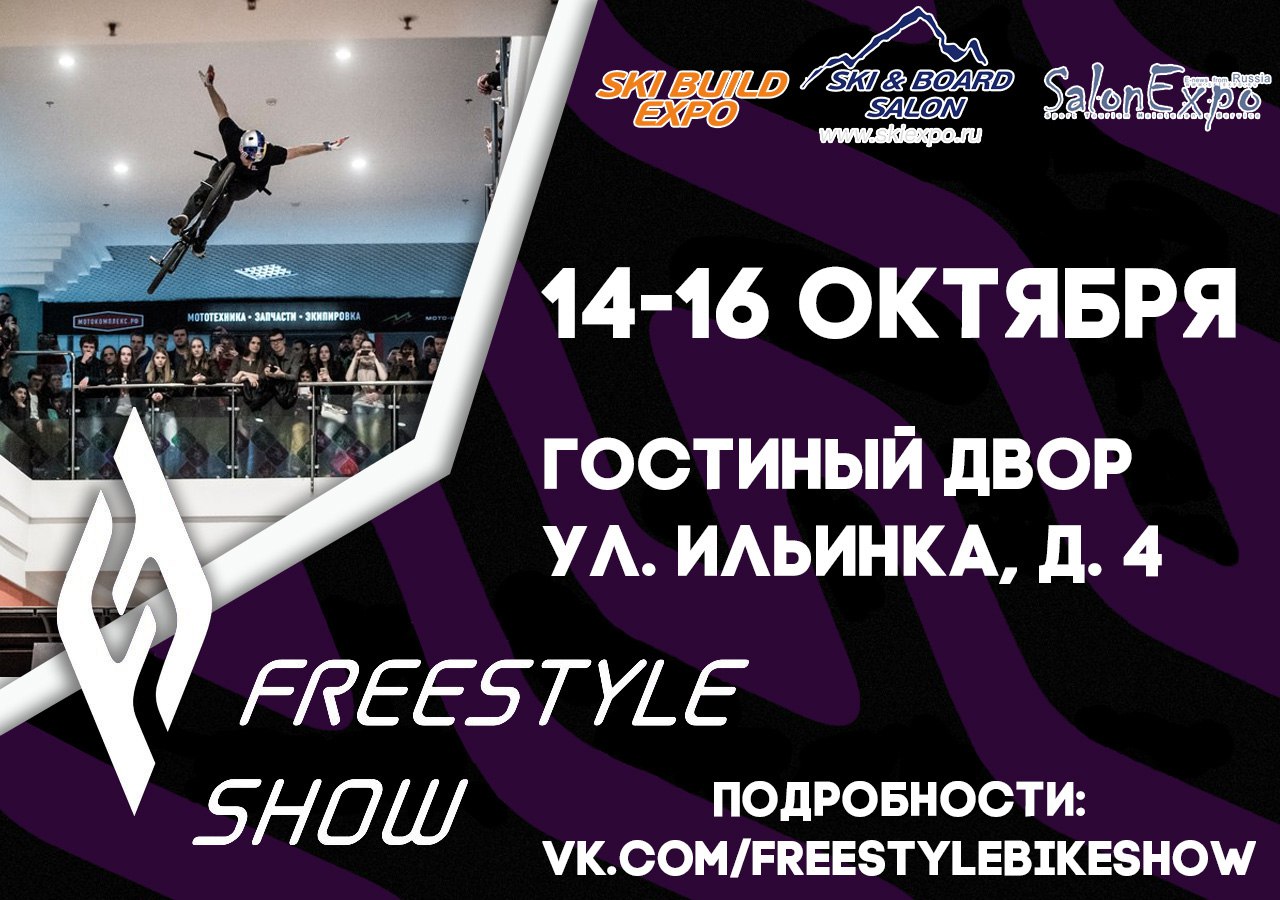 Freestyleshow is a striking show, that brings together the best Russian athletes in the disciplines of BMX (bicycle motocross) and MTB (mountain bike). Athletes accelerate on a huge trampoline and jump off the truck, performing bike tricks unique for Russia and Europe – back flip, front flip, barspin, synchronized jumps and other breathtaking stunts. The program of the show consists of several sets, lasting 15-20 minutes.

Among the participants are:

Paul Alekhin (MTB) – the best in Russia, a world-famous pro-rider in the discipline «Mountain bike Freestyle», an athlete of the companies Bergamont bikes, Red Bull, Masters of Dirt and G-shock, the inspirer of the Freestyleshow project.

Peter Andreev (MTB) – a participant and multiple prize-winner of numerous Russian and European competitions. Peter’s specialty is backflip double barspin (double spinning of the handlebar during back flip).

Philip Tripolev (BMX) – a participant of Moscow competitions, an athlete with riding experience of more than 7 years; his specialty is barspin (spinning the handlebar) and its combinations.

Stas Shatilo (BMX) – the founder of bmx-school.ru, a participant and a winner of Russian competitions.

Ilya Fedotov (MTB) – an athlete with a unique style and the set of tricks that amaze even foreign professionals. Earlier Ilya often performed at contests and competitions, now he mainly rides and shoots video for himself, although last year he contributed to the creation of the best Russian film about mountain biking, which was made by the VVC FORCE team.

Dmitry Aleyner (MTB) – a well-known athlete in Russian circles, a finalist of Moscow City Games competition, the winner of competitions in Petrozavodsk and Cheboksary in 2016, the silver prize-winner of Freestyleshow contest 2016.

Maxim Novoselov (BMX) – has riding experience of 12 years. Among his achievements are II place at The Bowl contest in 2015, II place on Lay's Max Festival, III place at major competition Moscow City Games 2015.

Alexei Malinin (BMX) – one of the "fathers" of the national BMX, he has been riding approximately as long as BMX exists in Russia.