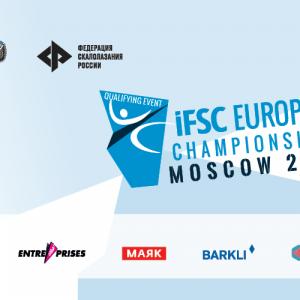 The selling exhibition held within the framework of Moscow Rock Climbing Championship!

The European Climbing Championship in Moscow is the third and final round before the Tokyo Climbing Tournament held for the athletes of the Old World. At stake are two passages (one make and one female) that will be awarded to the strongest athletes in the multidiscipline competition. The championship will involve the 20 strongest men and the 20 strongest women by the results of the European Championship in “speed climbing”, “bouldering” and “difficulty”.

Buy tickets ( https://msk.kassir.ru/sport/chempionat-evropyi-po-skalolazaniyu-2020) for the final rounds for “Speed Climbing” (March 20), “Bouldering” (March 22), “Difficulty” (March 24), and “Interdisciplinary” (March 27). The tickets are priced from 700 to 1000 rubles. The entrance to the qualification rounds and semifinals is free.

The detailed program and other newsbreaks are available on the official web page of the European Climbing Championship 2020 ( http://c-f-r.ru/projects/2003msk_en ) at the website of Climbing Federation of Russia.

We invite the representatives of sports companies to take part in the selling exhibition held within the framework of Moscow Rock Climbing Championship!

The number of visitors through the entire event is expected to be no less than 15 000 people.

Terms and and conditions of participation are sent on request: