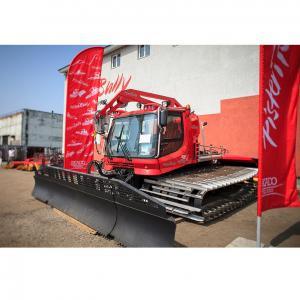 The uniqueness of this event that is still new for the Russian mountain industry community lies in the fact that our audience for the first time got an opportunity to acquire the machines of a good quality, and also, for an acceptable price, without leaving the country to buy them in Europe.

Over the short period of time, the team of the general representation office of Kässbohrer Geländefahrzeug AG in Russia and Byelorussia ("SKADO Techno" Company) restored 18snow groomers that were showcased at the fair.

Buying the restored machine, the customer gets the real value for his money - meaning he gets the possibility of high-quality service and consulting - this was explained by Sergey Orlov (sales deputy general director) at the presentation of the project.

The idea of such an event did not just come out of the blue - Sergey shares. Our primary goal was to liven things up at the secondary market within this country, and we introduced the so-called "trade-in". In recent years we succeeded in striking a dozen or so deals in trading in the used machinery, and then restoring it and selling it back on the market again. And this system has started to work!

The audience showed interest not only in the traditional groomers designed to work on the slopes but also in the so-called "cross-country" machines, capable of laying cross-country tracks and working not only in the mountainous environment. The new machines will work the snow tracks for the visitors of the slopes of Kirov, Istra, Ekaterinburg, Asha, Krasnoyarsk, and Khabarovsk.

In the future, the selling fair of PistenBully snow groomers will be organized annually every 33rd week of the year (in mid August) - on any issue of purchasing and/or servicing the machinery please refer to http://www.pistenbully.su/

It is necessary to note that during the fair in Samara the buyers not only could acquire the machinery at a special fair price, but also obtain the "holiday" discount.

After the completion of the business program of the event, all the participants made a wonderful trip on the Volga River, with special thanks to the team of "SKADO Techno." Such a format of the business meetings - working the beginning of day and informal contact in the end - is one of the crucial points of contemporary business. Not everyone has the time, during the business program, to discuss the issues that may not be as relevant in August, but that will become pressing in a few months. Including - how to manage the ski resort, which activities to choose for the promotion of sports and spa, how to organize the work and functioning of the systems ... even how to build a ski resort!

The selling fair of snow groomers was organized with the support of the team of Moscow Ski&Board Salon/Ski Build Expo in Gostiny Dvor. 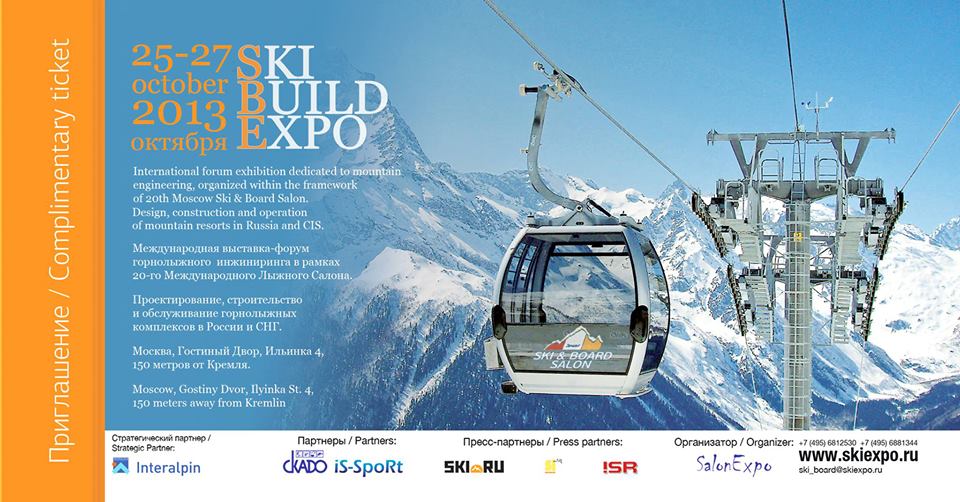