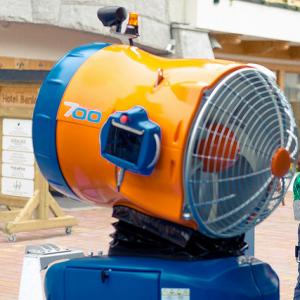 July 2-4 's Białka Tatrzańska, in “Bania Termal&Ski****” Hotel, there took place the VI conference of Polish Ski Resorts supported by Supersnow. This annual event is a gathering of everyone who is involved with the theme of snow, winter sports and ski resort equipment. The team of "Moscow Ski&Board Salon / Ski Build Expo" in the persons of Anastasia Parafilo, Anton Mizonov, Ruslan Pereteatico, and Polina Kazarceva, also took part in this exciting event. The conference included master-classes and seminars, panel discussions on the subject of the most up-to-date trends and issues of mountain resort operation, as well as an extensive recreational and entertainment program. However, before starting our story, we would like to list the wonderful people whom we want to thank for such a fantastic experience: