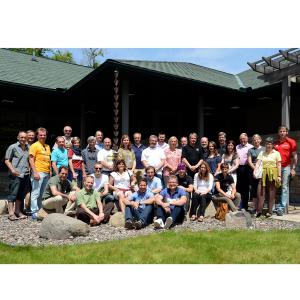 During its Annual General Meeting (AGM), the Worldloppet assembly took the historic decision to to open up for smaller long distance races all over the world. Races which are not able to fulfill the minimum requirements to become a full Worldloppet member will now have the possibility to become an associated Worldloppet member. This allows them to learn from the best long distance races in the world at the same time as sharing their own special knowledge and experience. The races will receive the right to join the AGM, however without having voting rights. They will also be able to stamp the Worldloppet passports for Gold and Silver Masters.

At the moment, the following races have voiced their interest to become an associated member:

For the first time, smaller long distance ski races can now apply to become an associated Worldloppet member. However, Worldloppet will stay with its intent to only include one race, normally the biggest and best, per nation. “This is a big step ahead alongside our slogan “Worldloppet – The World of Marathon Skiing”! I am very happy that the AGM decided to take this road and to open the door for smaller races which do not (yet) have the level of becoming a full member of the Worldloppet Ski Federation. For the moment, we have the application of four very interesting races, but I am sure that several others will follow during the next years.” says Angelo Corradini, Worldloppet's Secretary General.

During the two days, packed with meetings and group workshops, the delegates of the 16 Worldloppet member races also discussed several other topics. One of them was the question of finding new sponsors and partners for the federation. There shall be a possibility in the future for interested companies to become the naming and presenting sponsor of the FIS Marathon Cup.

In smaller groups, the topics “media”, “FIS Marathon Cup”, “finances” and “seeding” were discussed and the outcomes presented to the full auditorium afterwards. The concept of working groups was used for the first time during an AGM and was strongly embraced by everyone as a great tool for exchanging experiences even better and for using this new knowledge in favour for one's own race.

After the successful season 2012-13, during which a 3min news highlight of most FIS Marathon Cup races was distributed through EBU to all its member stations, the cup will now go into its second phase by producing a 26min highlight from each race ready straight after the race. But for now it is not yet clear who will be distributing this feed as two companies, EBU and Infront, are highly interested in the product. “Of course we are very happy that there is such a big interest in the FIS Marathon Cup!” says Angelo Corradini, the Secretary General of the Worldloppet Ski Federation. “We will now have discussions with both parties in order to find the best solution to promote Worldloppert and long distance skiing meaning cross country skiing in the whole. The positive results of last year's first approach towards a TV coverage of the whole cup has shown that there is a high demand.”

The partner of the Demino Ski Marathon the tourist company "Around the World - Yaroslavl" ("Vokrug Sveta - Yaroslavl") organizes a charter flight for the participants of Russian marathon from Riga (Latvia) - Yaroslavl (Russia) - Riga (Latvia), the cost is 700 euros.

The organizers will provide free shuttle buses for participants' transportation from the airport Yaroslavl on 13.03.2014 to the place of accommodation and back on 17.03.2014.

The number of seats is limited. For booking, please, contact: nv_kovaleva@mail.ru