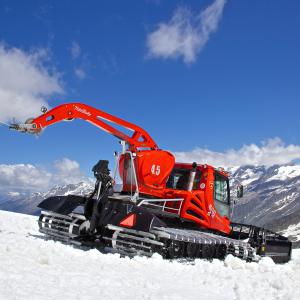 On August 12, 2014, in Samara, the Service Center of "SKADO Techno" Company successfully played host to the second PistenBully Fair that was organized with the support of the team of the trade fairs "Moscow Ski&Board Salon / Ski Build Expo" in Gostiny Dvor. 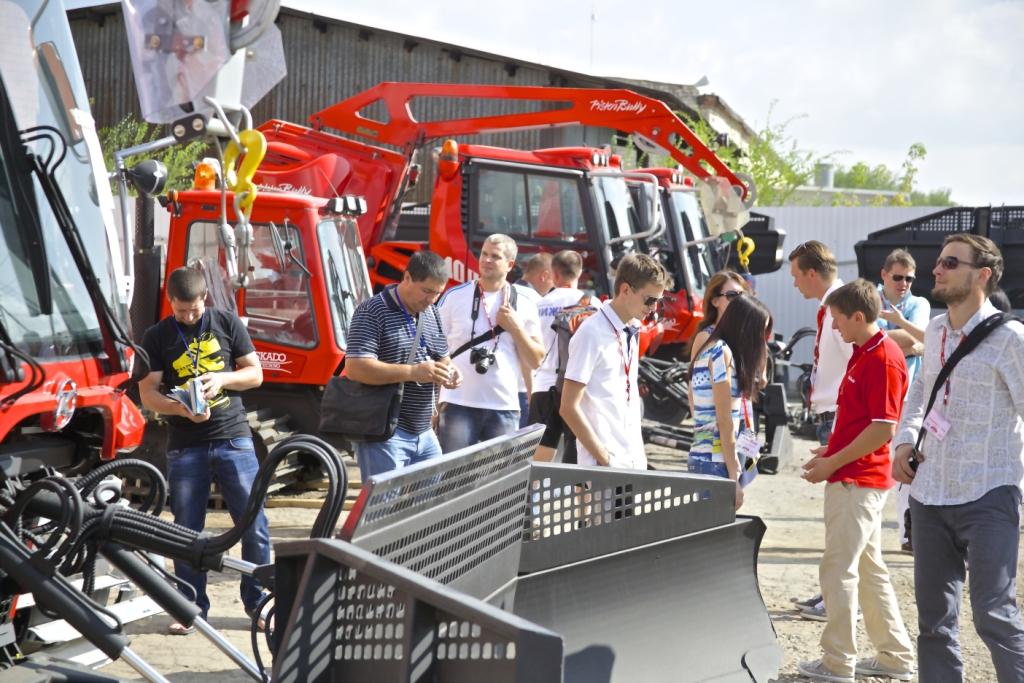 The main exhibit of the fair was Kässbohrer’s novelty - the groomer PistenBully 600 W Select, restored to the condition of a new machine. This machine, just like a new one should, has a warrantee period of 2 years. Apart from this, the potential buyers were offered an opportunity to work under the "trade-in" system (buying a PistenBully groomer minus the cost of the submitted machine).

The honorable guests of the fair were the representatives of the manufacturing plant "Kässbohrer Geländefahrzeug AG" - Sales Manager Export PistenBully  Werner Seethaler and the regional sales director for Eastern Europe and CIS countries Steve Junghans. 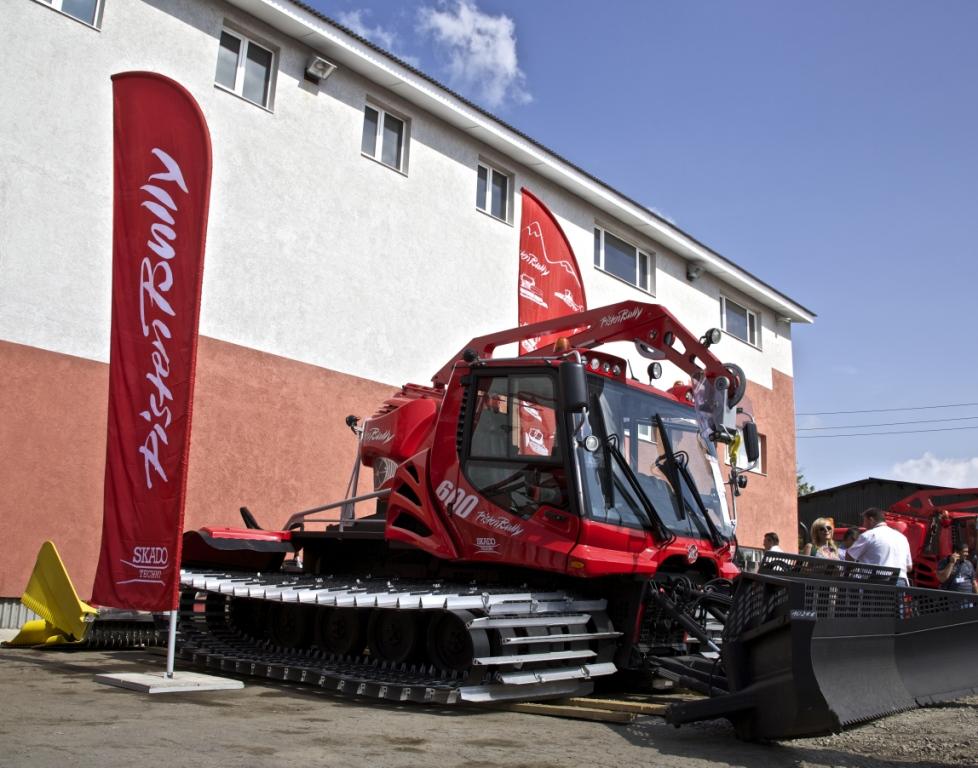 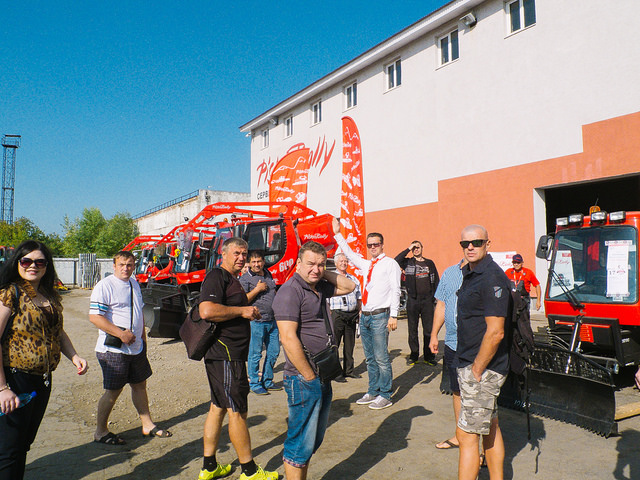 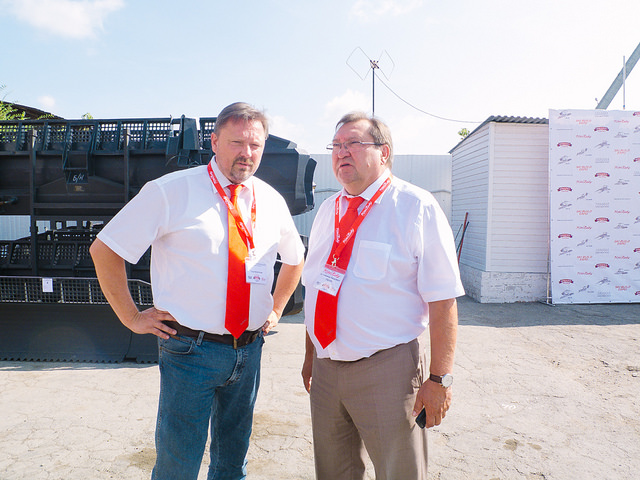 After the registration of more than 40 participants that represented Russia's almost entire geography from Kirovsk to Chita, PistenBully Fair was officially opened. Then the exhibition work began that included the examination of the featured machinery and the consultations from the service managers. 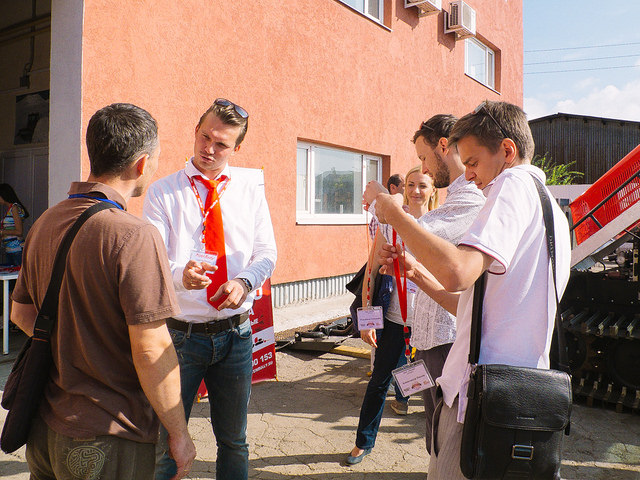 The C.E.O. of "SKADO Techno" Sergey Orlov consults the representatives of the regional ski resorts. 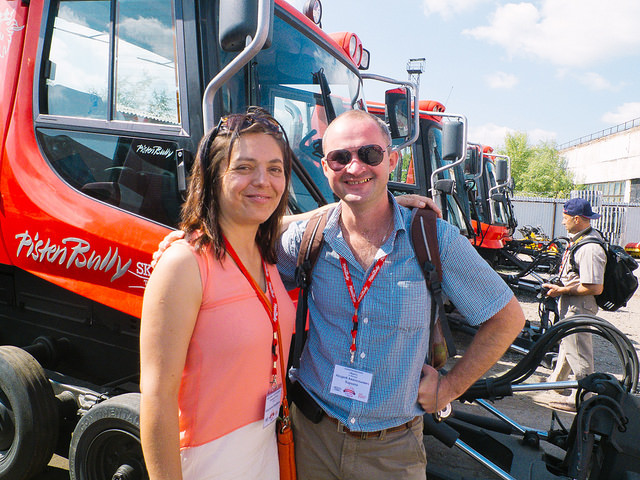 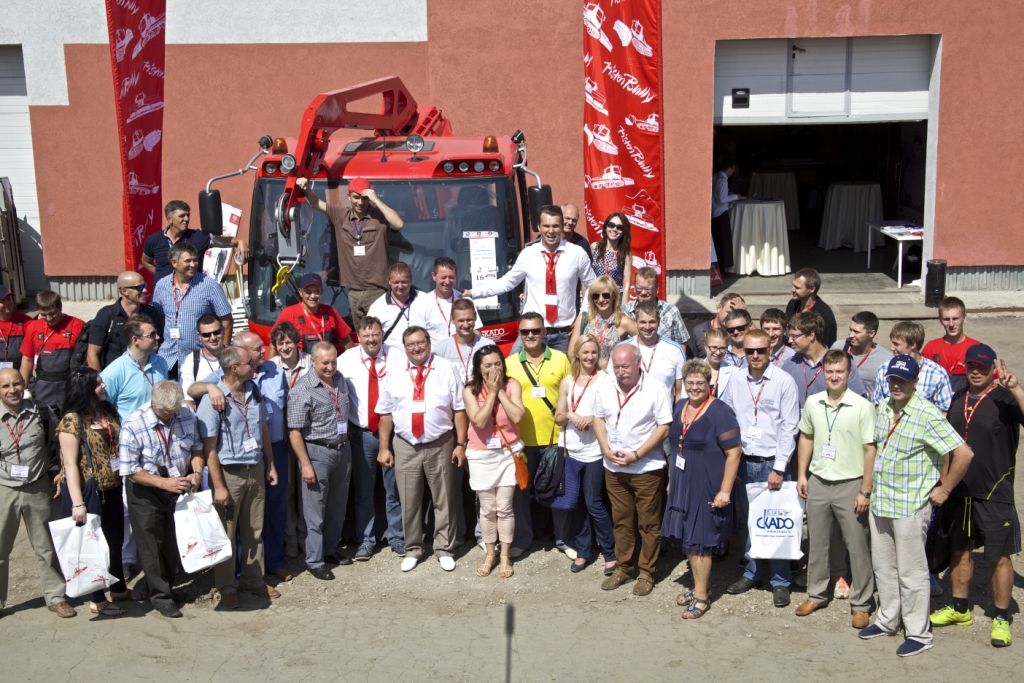 Collective photo of the participants of the fair

After the official part of the event was over, the guests were in for a river cruise that included landing on an island, a banquet, and an entertainment program. The guests of the fair and the members of "SKADO Techno" team participated in contests organized by the MC's, sometimes even too on the MC functions themselves, and, most importantly, visited with one another! 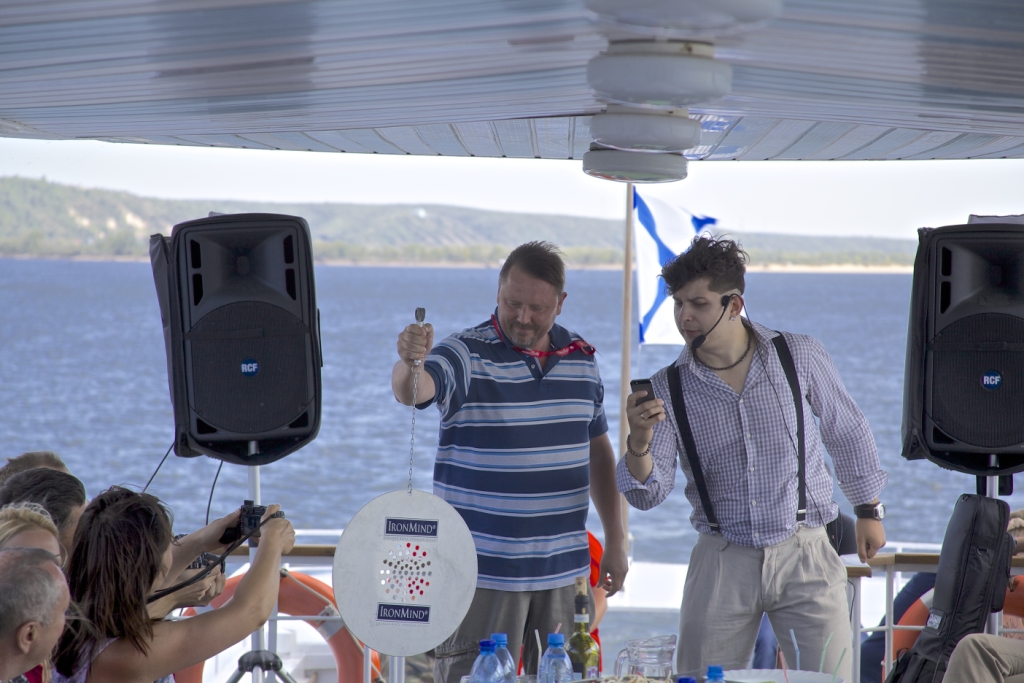 It is no secret that it is often in the informal atmosphere that we are able to resolve many serious business questions - the guests shared with each other about their successes and challenges, share experiences, together tried to find solutions of these or those problems. Such events go a long way to unite the industry of like-minded people, and PistenBully Fair was no exception. On the island, the guests were in for "official picnic" or "unofficial banquet" - many grabbed the opportunity to take a swim in the Volga, and in the evening the cruise boat finally moored at the pier in Samara - the cruise was over. 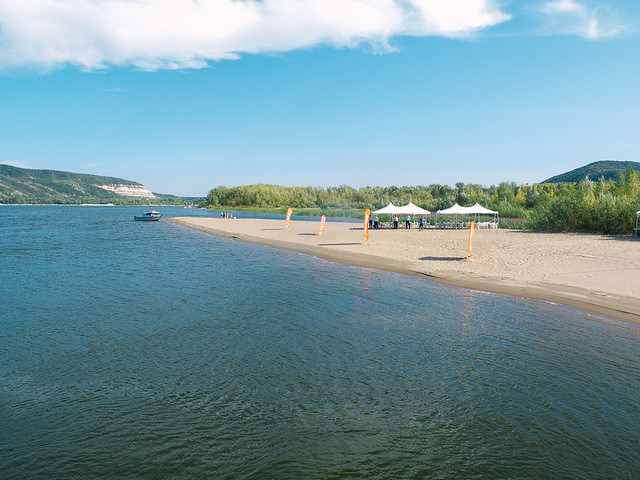 According to the representatives of "SKADO Techno", PistenBully Fair, held for the second time, was a doubtless success: the showcased PistenBully groomers aroused genuine interest in the guests of the event, and several contracts were concluded on the day of the fair (for a person who is familiar with the exhibition industry, this is the key sign of the project's success). Now it will be safe to say that PistenBully Fair, having proven its importance for Russia's industry of ski resort construction and development, can claim the status of an annual event. 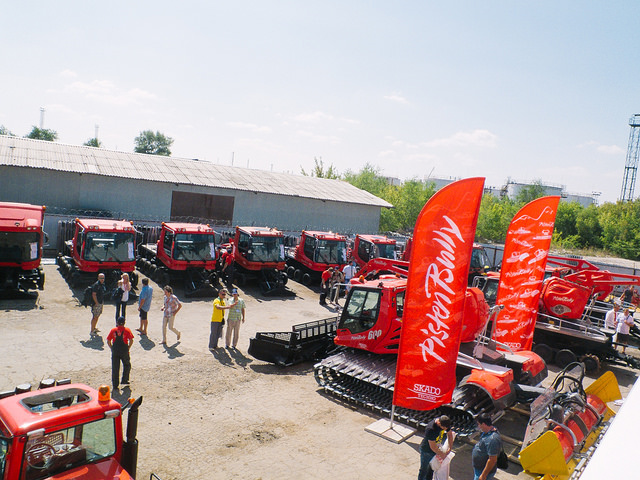 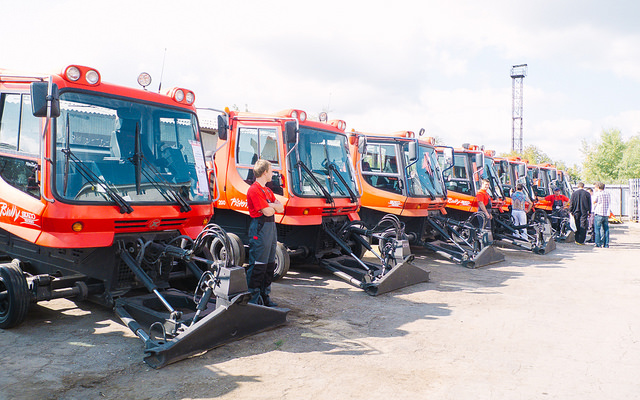 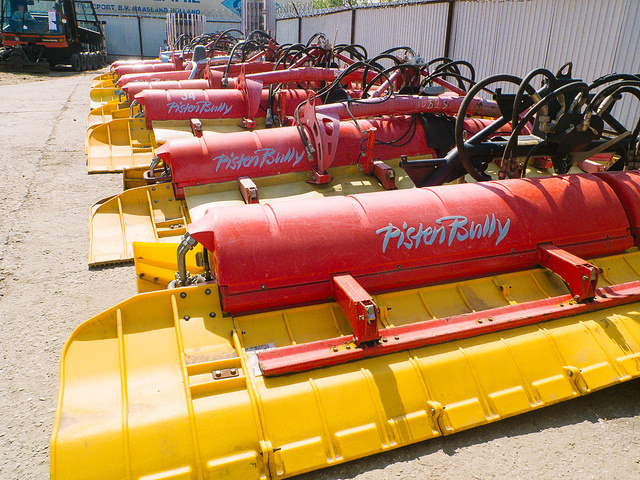 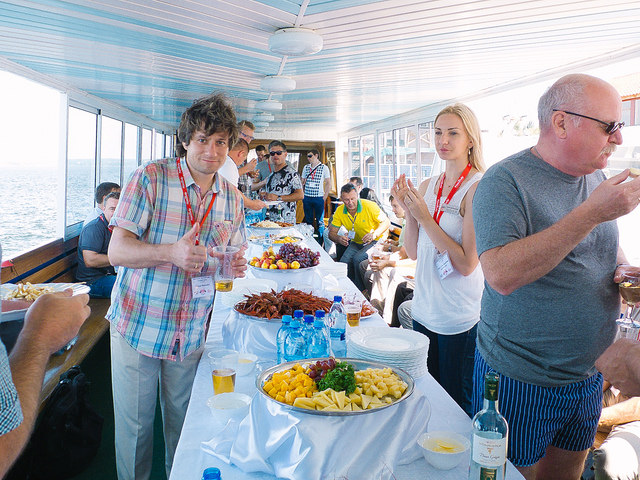 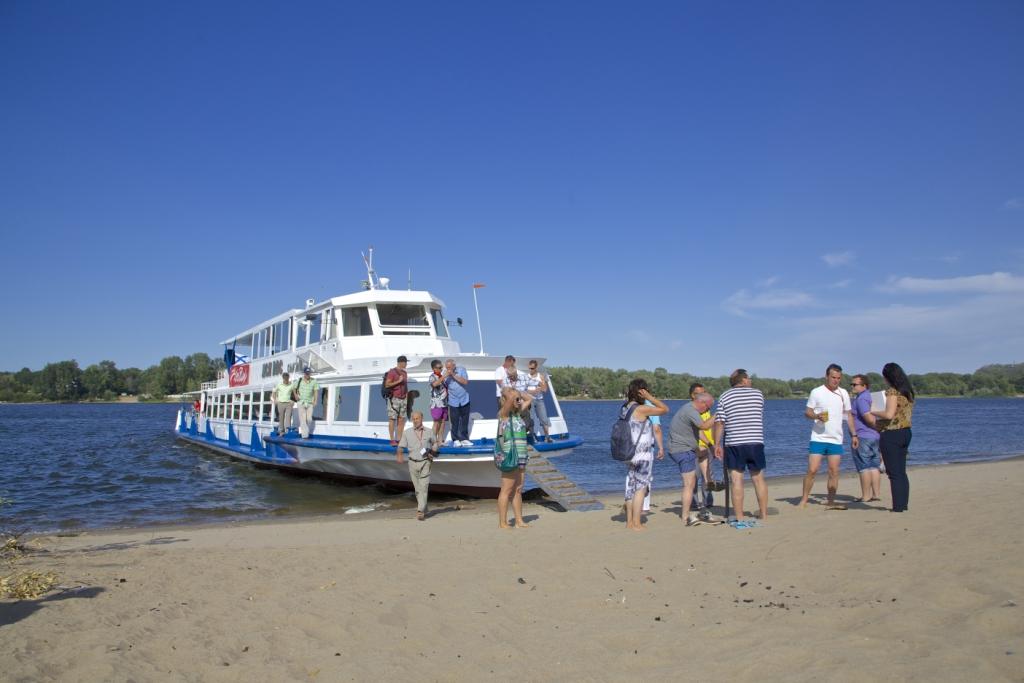 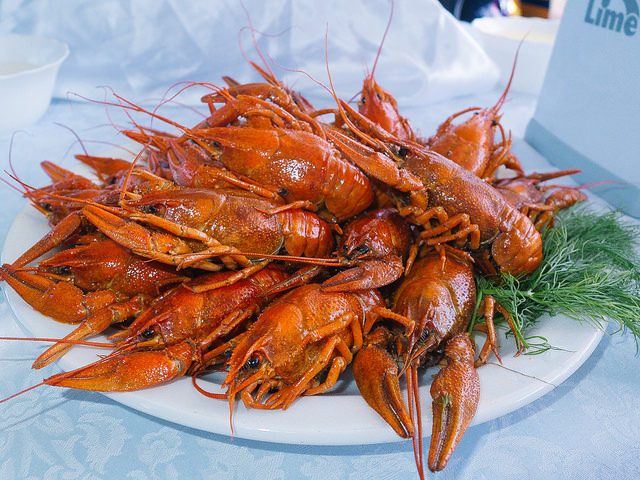 From the team of “SKADO Techno”