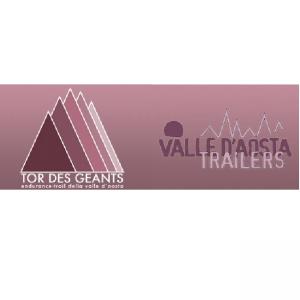 ONE OF THE WORLD’S TOUGHEST ENDURANCE TRAILS!

Along the two Valle d’Aosta highways

PRE-REGISTRATION FOR THE TOR 2014 HAS BEGUN

Only 7 days of anxious waiting left!

1st February 2014, 12pm: the adventure is back again.  The Tor des Géants®, the Valle d’Aosta endurance trail considered the toughest in the world, is opening the pre-registration for the fifth edition. This year there will be no draw. A list of pre-registrations in chronological order will be put together until 14th February. Once the pre-registration procedure and the distribution of runners per country has been checked (representation criteria according to the regulations), the first 660 competitors will be notified and then given another 2 weeks to complete their registration.

From 12pm on Saturday 1st February until 6pm on 14th February, pre-registration begins for the Tor des Géants® 2014, which is back for its fifth year and set to take place between 7th and 14th September 2014. There may be new registration procedures but it is still the same incredible adventure in the heart of the Valle d’Aosta. This much-anticipated event, organised by the Department of Tourism of the Valle d’Aosta Regional Authorities and the VDA Trailers ssdrl sports society, has met with international success of the highest prestige in just 4 years, with an impressive 42 countries represented in the recent 2013 edition. The race is like no other as it combines incomparable scenery and the Giants of Europe (Mont Blanc, Monte Rosa, Cervino and Gran Paradiso) with an atmosphere and spirit of full participation, friendship and solidarity between people. This is the essence of the Tor!

For the fifth edition, all the trailers  interested will therefore have two weeks to complete their pre-registration. They are required to fill in the whole of the relative online form on the official race site (www.tordesgeants.it) and pay € 5.00 (non-refundable).

When the payment has been transferred and confirmed by the online inter-banking service, the pre-registration will be recorded on the Organisation database as complete and a confirmation email will be sent.

The list of runners admitted to registration will be determined by the chronological order of pre-registration, taking into account the representation criteria per country.

This method will also be valid for any substitutes replacing runners who drop out (see regulations).

At the end of this first stage (1st-14th February), a single official list of pre-registered runners ordered according to the chronology of pre-registration will be drawn up. Between 15th and 28th February the Organisation will check the payment procedures of every runner and the correct distribution of places available per country, determining the country quota according to the aforementioned representation criteria. Following this, the Organisation will contact the first pre-registered competitors, until reaching a number of 660, the total number of runners permitted.

Those with the right to register will have two additional weeks (from 1st to 15th March) to complete registration. On completion of this second stage, any second chances to register will begin, again following the chronological order of pre-registration and the aforementioned representation criteria for each country.

The official list of the pre-registered and registered runners will be published on the race site and everyone can access this to check for updates.

The Senators who will carry out the pre-registration in accordance with the terms and methods outlined by the regulations, will directly access the list of registered runners so they can complete the requested registration procedures. Finally the wild cards, will be entered in a separate list, divided by team.

The Tor des Géants in figures: